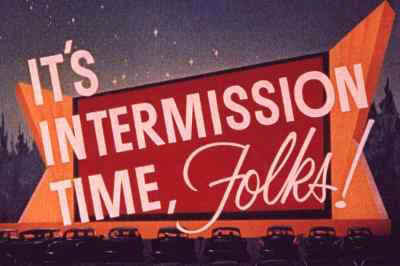 I am currently taking a break from blogging until March 2014. While my blog "hits" have slowly risen my regular readership has remained relatively static. And while some blogs have been very successful others have been spectacular failures. Based on the time and effort to do justice to maintaining a reasonable standard of blogging I have therefore taken a break for the time being. I really have enjoyed putting my personal "stamp" on the subjects I have written about and these very much reflect my own interests.

Meanwhile I have almost finished researching and writing a very large family history (which has reached a possibly ridiculous 508 pages plus around 125 pages of images) while also enjoying the Southern Hemisphere summer season and holidays. I have also, despite the vagaries of a very wet and windy summer season, been indulging in my favourite recreational summer past-time of cycling. I will however be returning to blogging and will be featuring many more of my personal treasures and retaining (but not exclusively) a Scottish historical theme.

Engaging in blogging has brought me into contact with some amazingly diverse and truly fascinating people with many common interests, some of whom I would count it an honour to one day meet in person. Thank you especially to Tom M., René-Michel D.L.C., Cyril D. and Gordon W., you know who you are. Meanwhile I shall of course be more than pleased to respond to any queries or feedback posted on any of my blogs.

I have also continued to assiduously read daily those updated blogs on "My Blog Roll". The most recently updated blogs are always at the top of the list. These blogs also very much reflect my own diverse interests and I thank those bloggers for their own very hard work.

Again, thank you for your interest and support thus far, it has been appreciated.

Adieu, until we meet again,

H.M.S. Dunedin & the Opening of the New Zealand and South Seas Exhibition, Nov 1925

I have previously written about the 'New Zealand and South Seas International Exhibition', a phenomenally successful event held in the Southern City of Dunedin from November 1925 to May 1926. But the opening celebrations are worthy of further mention.

Apart from the Governor-General, Sir Charles Fergusson, another special visitor arrived especially for the opening of the Exhibition on the 17th November 1925 - the most appropriately named 5,000 ton British Light Cruiser "H.M.S. Dunedin".

Although the Royal New Zealand Navy did not come into existence until 1941, its predecessor, the New Zealand Division of the Royal Navy was in fact a largely New Zealand run operation, being funded by the New Zealand Government and increasingly manned by New Zealanders. The Danae class 'H.M.S. Dunedin' formed part of this force from 1924 until she returned to the United Kingdom in 1937. Unfortunately I can locate no full length images of the 'H.M.S. Dunedin' actually at Dunedin although many must exist. If you can help please contact me using my email contact in the right-hand menu bar.

Having arrived at the Dunedin City wharf on Saturday the 14th November 1925 at 2.15 p.m., the ship and crew, as representatives of the Naval forces, were to play an active role in the grand Exhibition opening. And the visible presence of the ship and crew in the city, which was expected to be bursting at the seams with visitors, was all the more timely. A "small naval exhibit" at the Exhibition additionally promoted the Naval services to visitors, being noted as "of considerable interest to visitors". The very presence of a Naval vessel in the City no doubt added to this interest.

The official Exhibition opening ceremony on the 17th November took the form of a "Massed Review and March Past", commencing with a parade leading to the Sports Grounds within the Exhibition grounds, the whole route being lined with Territorial troops with the Guard of Honour being supplied from 'H.M.S. Dunedin' and the First Battalion of the Otago Regiment.

"The mammoth parade of military and naval detachments that formed the most spectacular feature of the opening ceremony made a deep impression on the minds of the thousands who watched from the grand stand and outskirts of the sports ground. It was truly a magnificent sight - one which stirred the patriotic blood of all true citizens of the Empire - and so the long lines of marching men passed the dais where the Governor-General took the salute thunderous applause greeted each branch and service. On the arrival of his Excellency the band of the Third Artillery gave the signal by playing a few bars of the national Anthem. The band of the 'H.M.S. Dunedin' was [then] drawn up to the north of the dais..."

"With a naval swing a guard of honour composed of 100 men from 'H.M.S. Dunedin' marched on to the ground and formed up to the right of the band. It was followed by a military guard of honour - 100 men from the 1st Battalion, Otago Regiment, 300 men of the Otago Mounted Rifles, 300 Artillerymen, 150 infantrymen from Territorial regiments, and two cadet battalions."

Thereupon the Governor-General spoke to the assembled crowds then formally declared the Exhibition open.

While the photo of Naval men and officers from 'H.M.S. Dunedin' taken in front of the Festival Hall and Exhibition Tearooms (shown above) includes members of the public and children, this image appears to have been taken simply while the photographer, "Hugh and G.K. Neill" were present. Neill took a number of formal Exhibition views which were published in at at least two Exhibition booklets, unfortunately not including this image.

Then commencing on the morning of Friday the 20th November at 9.30 a.m., men from 'H.M.S. Dunedin', accompanied by the ship's band, engaged in a 'route march' through the City passing along Rattray Street, Princes Street, George Street, around the Public Hospital, then back along George and Princes Streets to the Oval. Thereupon the ships company gave an exhibition of "small arm and other drills".

"The citizens, and also the large number of Exhibition visitors, will thus be given an opportunity of seeing the men of the Navy at their best. While the men are carrying out the drill at the Oval, the ship's band will play several selections. This part of the proceedings will also be of interest to the citizens owing to the fact that the full set of instruments was purchased by the people of Dunedin and presented to the band on the occasion of the Dunedin's previous visit [16-27 April 1925]. The band has improved wonderfully and is now a very fine musical combination".

Thereafter the 'H.M.S. Dunedin' was to be open for inspection by the public from 1 p.m. to 5 p.m. on Saturday the 21st November.

Unfortunately, a sombre mood was cast over the City when news of the death of Queen Alexandra, the Queen Mother, reached Dunedin by wire this same day. As soon as the sad news spread around the City flags were immediately lowered to half mast and some (no doubt rather more joyful) musical entertainments laid on for visitors to the Exhibition were cancelled.

While originally scheduled to depart Dunedin on the 24th, the date of departure for 'H.M.S. Dunedin' was later put back to 1.30 p.m. on Friday the 27th November.

These two images, having been found in the collection of a Naval Rating on board the warship named John (Jack) Lovell, show the 'H.M.S. Dunedin' being farewelled with a crowd on the wharf and quite a number of streamers. While I can find no newspaper account of a formal farewell, the date and time of departure was however advertised hence the crowd on the wharf. Due to the number of vessels in port, the warship had been "sandwiched" between the 'S.S. Wanaka' and the 'S.S. Trewyn' with "very little room", one of these vessels being visible in the image below.

'H.M.S. Dunedin', the only warship to ever carry the name of Dunedin, ended her service with the British Royal Navy in the South Atlantic during World War Two when she was successfully torpedoed at long range on the 24th November 1941 by the German U-Boat U124 under Korvettenkäpitan Johann Mohr. Despite being outside the theoretical range of the U-boat's projectiles two torpedoes hit their mark and she sank 17 minutes later. Of the H.M.S. Dunedin's crew, a quite horrifying 419 men died; with only four officers and 63 men surviving, waiting for three days to be rescued which caused additional deaths. U124 itself, along with Mohr, went to its own watery grave with all 53 hands after coming under attack from two British warships west of Portugal in April 1943.

My very sincere thanks to Maureen Larkin from England for making these images (as noted) available from an album compiled by Naval rating Jack Lovell. Jack served on 'H.M.S. Dunedin from the 11th June 1923 to the 8th May 1927, later serving on the 'H.M.S. Cumberland. He finished his Naval service on the 26th September 1945 and died in England in 1978.