I am currently negotiating the repatriation of a very rare carved ivory "Stanhope" to the Melbourne Museum. This exquisitely carved artefact was purchased by a family member, Mr William Watson, a Farmer from Heddon Bush in Southland New Zealand, who attended the 1888-89 Centennial Exhibition - along with two million other visitors.

But what exactly is a "Stanhope"? I didn't know either until I saw one on the Antiques Roadshow. It's simply any item which includes a small miniature lens which one peers into to view a scene, usually of where it was purchased. In this case the view is of the Melbourne Exhibition buildings. 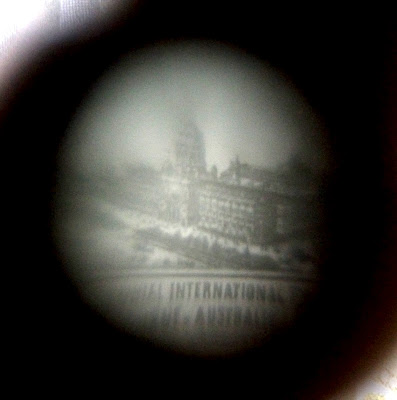 My "Stanhope" forms part of a combination letter opener which, when unscrewed becomes a useful dip ink pen which shows signs of having been made good use of.

﻿Unfortunately exporting ivory from New Zealand and importing into Australia involves jumping through a number of hoops (but rightly so) and these issues are currently being addressed. After my visit to the Museum last month I am am very happy to be able to offer what I now know to be a unique artefact to the Melbourne Museum to join their extensive range of Exhibition artefacts.

The image below shows how the complex appeared for the 1888-89 exhibition. The buildings behind the domed Exhibition Hall at front were temporary and were later removed.

The main Exhibition Hall, now called The Royal Exhibition Building, still stands and has been beautifully restored. The building had been designed by Joseph Reed and built for the earlier 1880-81 Melbourne International Exhibition. It has served a multitude of events since, notably the first opening of the first Australian Federal Parliament by HRH The Prince of Wales in 1901. The interior is truly breathtaking, the numerous fresco style paintings under the main dome immediately catching one's eye but also the light and airy well-lit halls and side domes. Here are a further three images which give a good impression of why this is now a World Heritage listed building. 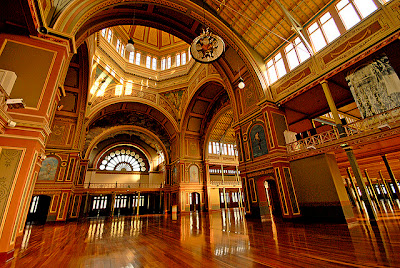 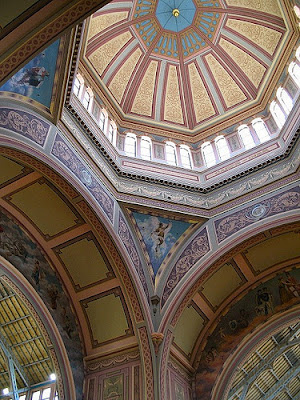 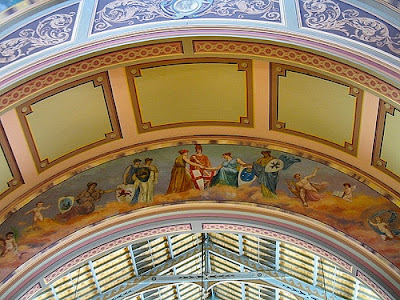 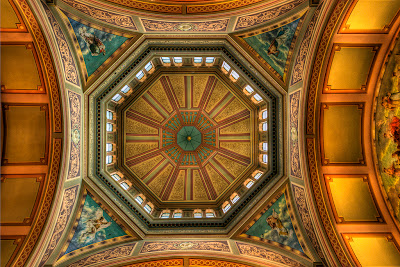 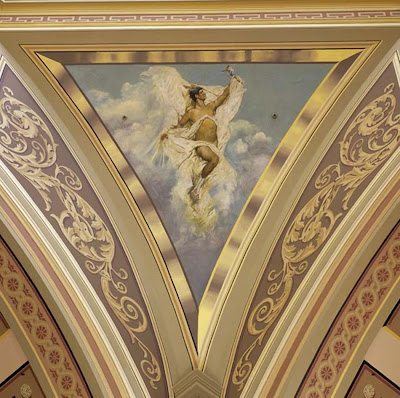