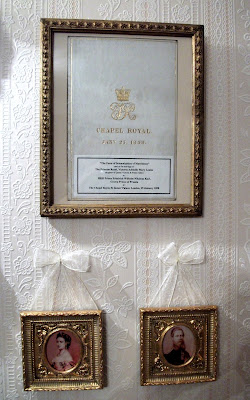 My first blog features my framed original "The Form of Solemnization of Matrimony" used at the marriage of The Princess Royal, Victoria Adelaide Mary Louise (Eldest Daughter of Queen Victoria) and HRH Prince Friedrich Wilhelm Nikolaus Karl (Crown Prince of Prussia and later Father of The Kaiser). The wedding took place in The Chapel Royal at St James' Palace, London on the 25th January 1858. Note Queen Victoria's gold "VR" cypher with a Crown. This book includes the words spoken during the Religious part of the service with those spoken by the Royal couple being highlighted.

The provenance of this item is a library in Wales that sold its complete stock which was promptly purchased by a second hand book seller in Dunedin New Zealand. This item still remained what is termed "a sleeper", the price I paid for it being well under its true historical value and the significance of the date on the front of the booklet was overlooked. The Royal Archives at Windsor Castle have confirmed the authenticity of this booklet. Although the original recipient of this book at the ceremony is unknown, possibly an invited guest or even a member of the clergy, that does not detract from it's apparent extreme rarity.

Underneath the above item are two framed images of the happy couple. However shown here is an historic actual photograph of Princess Victoria taken in 1858 wearing her elegantly detailed wedding dress 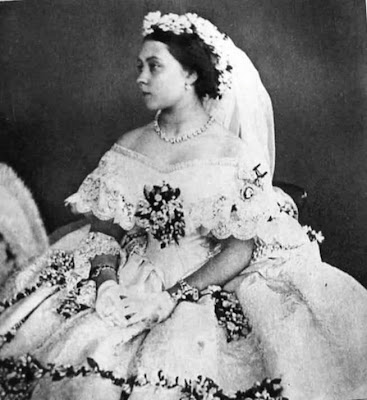 Here we see part of a period painting showing the Prince and Princess kneeling with her bridemaids behind her. 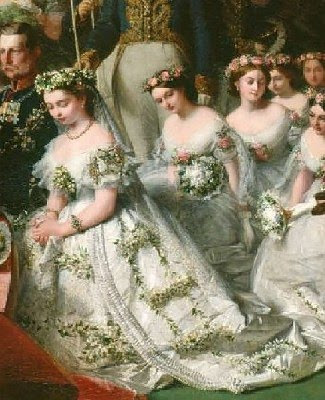 From a very promising start, the unfortunate death of the liberal Prince due to throat cancer in 1888 after an all too brief reign of just over three months robbed Germany of a moderating influence. He was succeeded by his militaristic and too easily influenced son, The Kaiser of World War One infamy.

Should any images be copyrighted - they appear to have been widely copied - please advise me including the original source or owner of the actual originals (not the copies), and I shall remove them.
Posted by Don001 at 20:11 No comments: